Drones can be a fun toy to experiment with; whether you belong to a remote-control club or like to take your electronic device out for a weekend of adventure. While some drones need certifications, or permission from the CAA (civil aviation authority) to fly in the UK, small unmanned drones often fall below the strict regulations that apply to commercial drone use making them an excellent gadget to take out and about.

Unlike model aircrafts, drones can offer multiple cameras and can more easily get into congested areas when navigating an area or even taking photos or video for personal use. Drone technology is changing all the time, and while aerial photography is one of their most well-known uses, there are many ways in which drones are being used to offer enhanced viewing experiences, create new sports, catch criminals and even make our daily lives easier and safer. Here are some awesome ways you may see drones in use near you.

Check out our Drones here, up to 70% cheaper!

A relatively new sport, Drone racing first started in Australian back in 2013 and 2014 when groups of pilots held races organised in Brisbane and Melbourne. This high-octane pursuit lets you take your drone to its limits in a fun and competitive atmosphere. Much like modern e-sports, technology takes the stage here alongside skill and ingenuity, as drones with cameras are raced at high speeds in difficult terrain with the use of a head-mounted display. Live streams of your drone allow you to control where it goes and navigate unique courses from custom built tracks, to abandoned warehouses and even over water. The goal in drone racing (besides having fun) is always to outmaneuver and outrace your competitors.

There is even a Drone Racing League if you want to get serious about racing. This can be a great way to enhance your social media profiles – post clips from your drone races to get people excited about your content. At the Drone Racing League, pilots can compete on three-dimensional obstacle courses including eight-foot thick concrete walls, and exceed speeds of up to 80 miles per hour. Launched in 2015 you can actually see broadcasts live on Twitter, NBC, NBC Sports, Sky Sports, ProSiebenSat.1, FOX Sports Asia, Groupe AB, and OSN. While the drones used in DRL events are made in-house, you will still need to find your own hot machine on Back Market so that you can practice to become the next drone racing champion.

Natural disasters and – on a more positive note – wildlife documentaries are the ideal environments to find drone technology helping us to see and record the kind of content we never could before. Less invasive than sending in a camera crew, a drone can get to remote areas, showing us nature as it interacts without human interference. During a natural disaster on the other hand, a drone can be a great way to get to the heart of a scene without risking human life or expensive camera equipment. Whenever you see modern aerial footage of a herd of elephants or a volcanic eruption, it more than likely was taken by a drone manned by just one pilot. 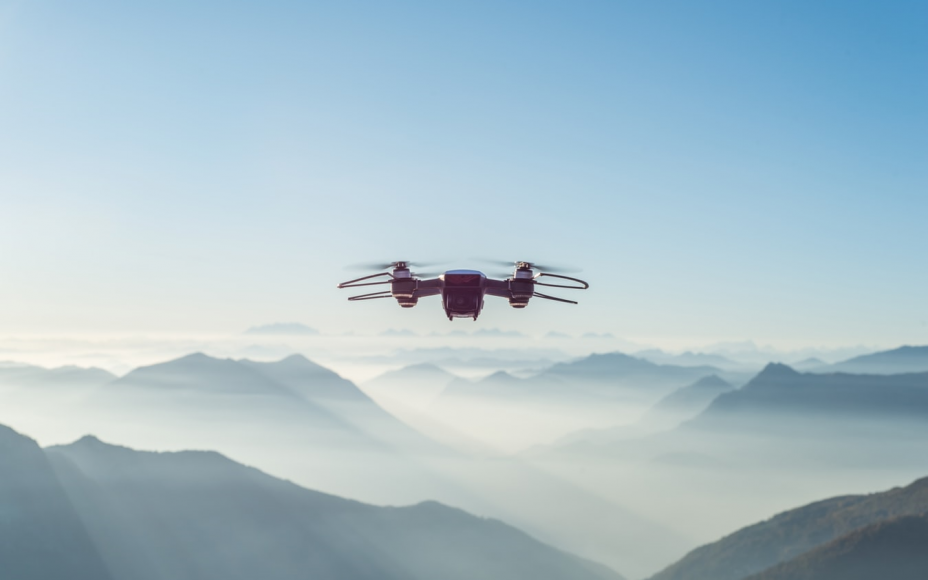 When drone technology first arrived on the scene, the camera quality was nothing compared to what they can support today. Now drone cameras are replacing other forms of media technology in order to convey a story or show something in as natural a setting as possible. Although sometimes prohibited in national parks, at low altitudes drones may be able to catch all sorts of local nature in its element. The cameras now in use offer astounding visual quality and help us to see the world around us in ways we never could have before.

Furthermore, drones in natural disasters go beyond just showing TV viewers a scene. They can also be used to help locate victims and survivors, survey damage to buildings and spaces, and – if equipped with sensors – may even be able to help local agencies determine when it is safe to return to an area. Knowing where the damage occurs in a disaster is a starting point to getting help to the people and areas which need it most. Safe alternate routes can be established for rescuers, and having knowledge of the perils before entering the situation can be vital during a natural disaster.

While not on par with Inspector Gadget quite yet, these aerial robots are now being used by law enforcement as a way of catching criminals in the act. Drones can chase suspects through alleys and fields faster than police on-foot, helping the on-foot patrols to head off and nab suspects in areas which were previously difficult to navigate. They have also been used as flying ‘eyes in the sky’ to catch speeding and reckless drivers.

Police forces might also use drones as a way to surveil buildings and suspects, and watch those who come and go from various establishments. They are also useful in helping police identify if a suspect is carrying a weapon – and if so – what sort of weapon they possess. Some drones can even shoot rubber bullets as a deterrent during a hostile situation. Drones are also sometimes used during events simply as a way of keeping an eye on crowds and preventing crime before it happens. When an outdoor crime scene needs to be mapped out, drones are great for helping establish perimeters and distances.

Going beyond crime prevention, detailed drone photos can be used as part of examining the scene after a crime for vital clues and evidence. Crime scene investigators may use drones in addition to regular photography and evidence collection in order to build the most comprehensive picture possible to take back to the crime lab in order to solve the mystery and preserve the evidence. 3D maps can also be created using drones, making ‘recreating the scene of a crime’ almost exactly that.

Being a farmer is hard work with long days and early mornings, so they could use all the help they can get. That’s why in remote areas, drones are being used for surveillance detail on farmland. Farmers can check their fields without having to get in the truck and drive long distance. Drones equipped with sensors can detect soil moisture levels and other important information for a farmer who is monitoring crop lands. Livestock can also be spotted by drones and checked using these unmanned aircrafts to ensure that all is well with the cattle or other animals who may be out grazing.

So, there you have it. 4 pretty awesome uses for drones. Plus, with them becoming more and more commonplace (as well as much more affordable), it’s likely we’ll see even greater advances in the tech available for drones and even more creative uses for them. Let’s just hope they don’t become self-aware and take over.

Check out our Drones here, up to 70% cheaper!

Previous Coronavirus: how to clean your phone and computer properly Next Top 5 Products That Failed but Weren’t That Bad